Next week’s meeting will be our Halloween Party! We’ll take a break from our regularly scheduled shows to watch some spooky (and mostly silly) anime. Bring food and snacks and come in costume as well!

Last meeting started off with a panel by Tyler Nereim on a comparison of Western comics to Japanese manga. For member’s choice we watched Akagami no Shirayukihime, also known as Snow White With the Red Hair. After a short break, we watched episodes 3 and 4 of Barakamon and 15 and 16 of Assassination Classroom. Get it? Because of openings and endings?!

First off, don’t forget about submitting ideas for a mini-blog! Possible topics include discussing anime-related news and events, displaying original artwork, writing anime reviews, and others. You can find out more here!

Last meeting we had a “Guess that Anime!” panel by Chelsea Lawrence in which we had to name the title of an anime based on it’s opening or ending songs. It was a lot of fun and there was a good selection of shows. For member’s choice we watched dragons and tigers brawl it out in the romantic comedy, Toradora!

We also decided on the anime for our Fall semester marathon: Kekkai Sensen, or Blood Blockade Battlefront. It will be tomorrow at 12:00 PM in CSE 220 and should run until about 5 or 6 PM.

After a short break, we saw episodes 1 and 2 of Barakamon, and episodes 13 and 14 of Assassination Classroom.

See you next week!

Sorry for the late post, but I just finished Death Parade yesterday and didn’t want to make a post until then!

So last Thursday, we opened up with a panel by Derek Delago on the history of the Sonic Franchise. You have to give Sonic credit, he’s been through a lot as Sega’s mascot and is still pretty recognizable as a video game character even today. I still think they should call the next game Sonic Doom, just sayin’.

For member’s choice, we watched Get Backers, an anime about a team of powerful humans who retrieve lost things, from misplaced items to other people, and how they change their clients’ lives.

After a short break, we watched the finale to Death Parade! What an amazing show. If you haven’t watched it or just missed the last meeting, make sure to check it out! We also watched episodes 11 and 12 of Assassination Classroom.

Next Meeting we’ll be starting Barakamon, our other half-season anime, which we will continue until the end of the semester.

See you next Thursday! 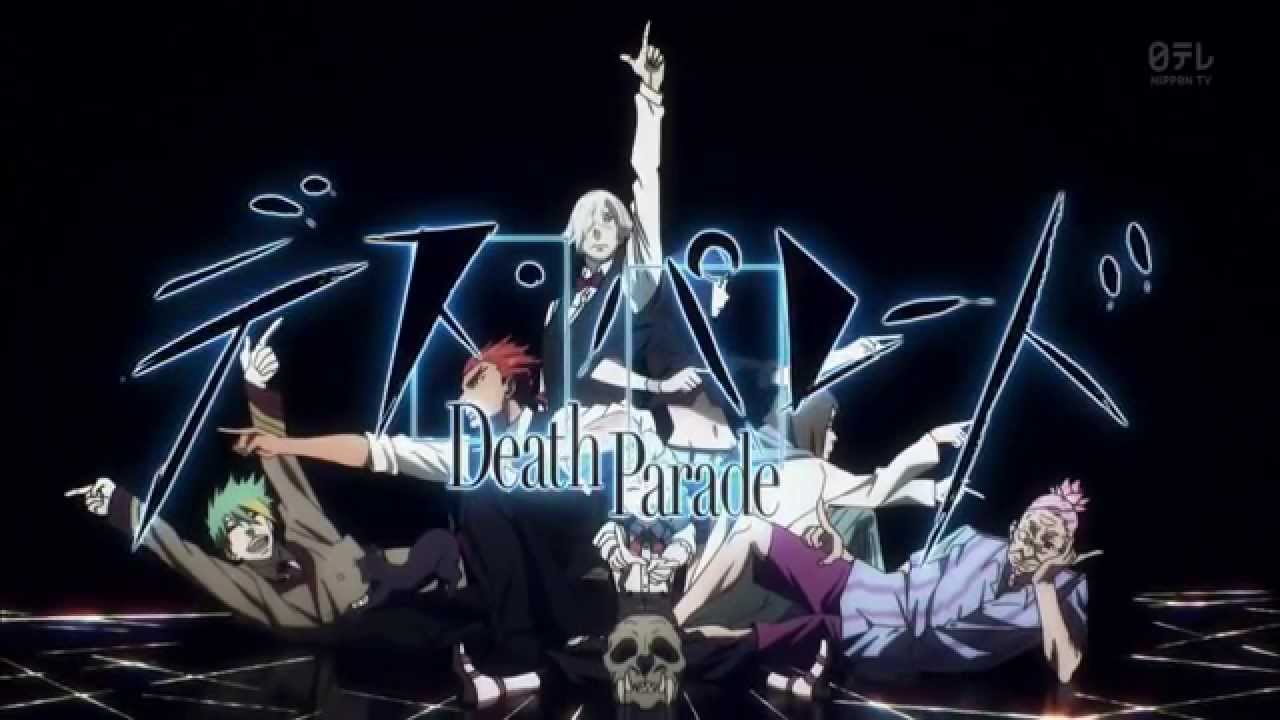 Hello everyone, and Happy October!

Last meeting we had a panel on Abstraction in Anime, discussing how abstract anime is a sub-genre of abstract art. We then watched the short film Kotonoha no Niwa (The Garden of Words).

After a short break involving Cromartie High School and an animation of Markiplier playing a Yandere simulator, we watched episodes 9 and 10 of Death Parade and Assassination Classroom. Death Parade has 12 episodes, so next week will be the finale! After finishing Death Parade, we will be watching Barakamon and Assasination Classroom for the rest of the semester.

See you at Lake Wauburg! 😛